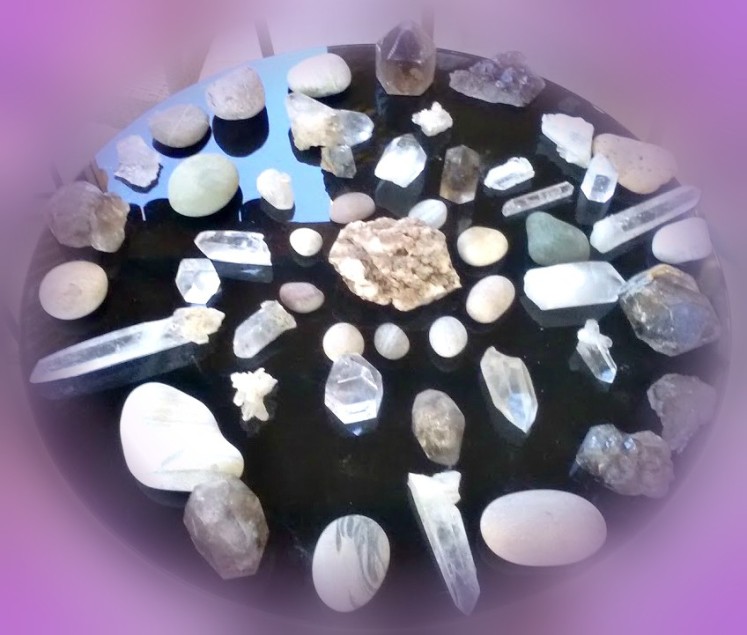 I keep my clear quartz crystals on the round table on the small verandah beside my workroom.  I don’t have space for these crystals indoors, and it’s good for them to be in the fresh air while knowing the sunlight energises them and they can’t fade.

I re-arranged them recently and felt drawn to add in the various stones and pebbles I’ve collected over the years. They have just as much energy as clear quartz crystals, albeit it in slightly different form.

I decided this mandala was for earth healing – specifically here in North Cyprus. There’s a history of conflict in this island due to its strategic position in the eastern Mediterranean, and much blood has been shed on the soil of Cyprus, as recently as 1974.

So I trust in some way this formation of clear quartz crystals and stones seeps into the soil of Cyprus and works a healing of the many conflicts that have occurred on this island over many, many centuries.