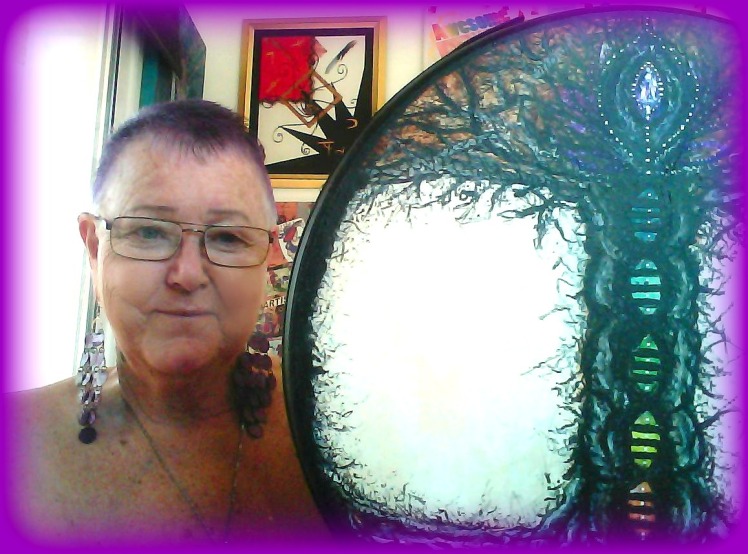 Here’s a pic of me with my new Bodhran drum to show how big it is.

I finally received it today, with an image of a tree of life painted on it, which was posted on 11th July.  I’ve had a complete runaround with the delivery as Turkish Post claimed they’d tried to deliver it, but in Turkey with a completely different postcode to ours in North Cyprus.

Luckily I always get post sent with a tracking order, so the lovely artist I bought the drum from managed to get her postal system to get it tracked down and today, one month later, it arrived at Customs in Kyrenia where my husband picked it up this morning.

As soon as I saw a photo of this bodhran I was drawn to it but dithered a bit as funds were a bit low. However I paid for it over two months and I’m so glad I did as the drum is wonderful, much bigger than I’d anticipated, the artwork is brilliant, it came with a cover and two drum sticks, one for conventional drum work and the other a double-headed cipin for traditional bodhran drumming. I also found out that you pronounce “bodhran” as “bowren”, much to my surprise.

The tree of life has images for the chakra centres but, in addition, for me the chakra centre paintings look like bees, which are the symbol of love, wisdom, sweetness, productivity, creativity, community, nurturing, being industrious.

Our dogs, ever curious, crowded around, peering in the carton as my husband unpacked the drum, but then scarpered with their tails between their legs when I began drumming with the conventional drumstick.  They finally reappeared, had a good sniff around the drum, then took themselves off to have a rest and recovery period from the strange object! 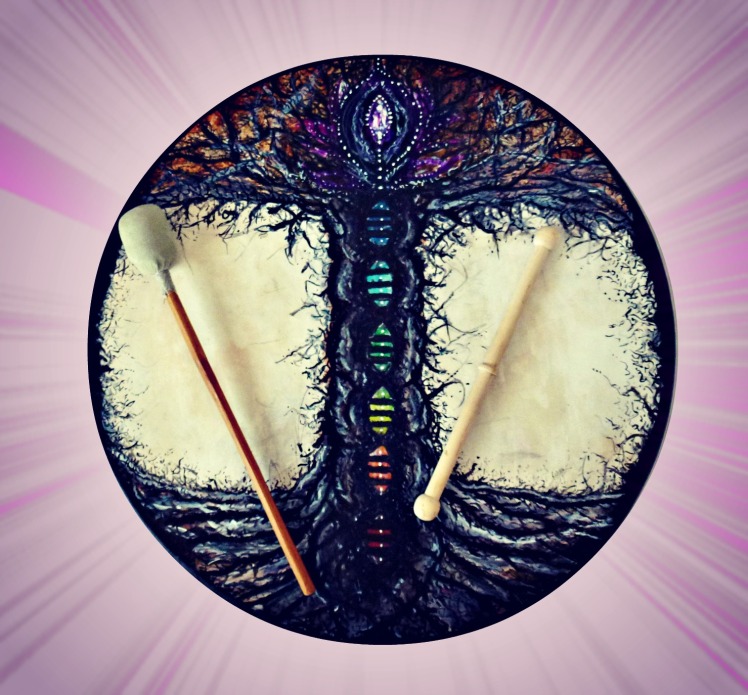 4 thoughts on “Tree of Life Bodhran”